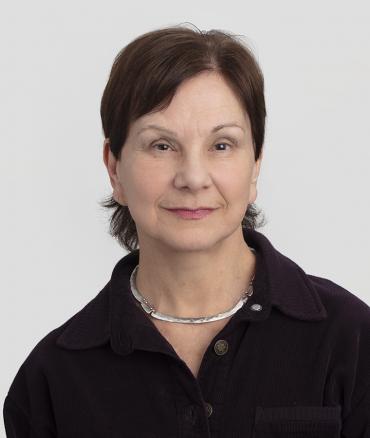 Janet Woodcock was named Acting Commissioner of Food and Drugs on January 20, 2021.

As Acting Commissioner, Dr. Woodcock oversees the full breadth of the FDA portfolio and execution of the Federal Food, Drug, and Cosmetic Act and other applicable laws. This includes assuring the safety, effectiveness, and security of human and veterinary drugs, vaccines and other biological products for human use, and medical devices; the safety and security of our nation's food supply, cosmetics, dietary supplements, products that give off electronic radiation; and the regulation of tobacco products.

Dr. Woodcock began her FDA career in 1984, joining the agency’s Center for Biologics Evaluation and Research (CBER) as Director of the Division of Biological Investigational New Drugs, as well as serving as CBER’s Acting Deputy Director for a period of time. She later became Director of the Office of Therapeutics Research and Review in CBER, which included the approval of the first biotechnology-based treatments for multiple sclerosis and cystic fibrosis during her tenure.

In 1994, Dr. Woodcock was named Director of the FDA’s Center for Drug Evaluation and Research (CDER), overseeing the center’s work that is the world’s gold standard for drug approval and safety. There she led many of the FDA’s drug initiatives, including introducing the concept of risk management as a new approach to drug safety; modernizing drug manufacturing and regulation through the Pharmaceutical Quality for the 21st Century Initiative; advancing medical discoveries from the laboratory to consumers more efficiently under the Critical Path Initiative; and launching the Safety First and Safe Use initiatives designed to improve drug safety management within and outside the FDA, respectively.

In 2007, Dr. Woodcock returned as Director of CDER until she was asked to lend her expertise to “Operation Warp Speed” for developing therapeutics during the COVID-19 pandemic, such as evaluating the potential benefits of monoclonal antibody treatments for certain COVID-19 patients. From late 2020, she split her time advising “Operation Warp Speed” on advancing COVID-19 therapeutics while also serving as the Principal Medical Advisor to the Commissioner on key priorities on behalf of the Office of the Commissioner.

Dr. Woodcock holds a Bachelor of Science in chemistry from Bucknell University (Lewisburg, PA), and a Doctor of Medicine from the Feinberg School of Medicine at Northwestern University Medical School (Chicago). She also completed further training and a fellowship in rheumatology, as well as held teaching appointments at the Pennsylvania State University and the University of California in San Francisco. She is board certified in internal medicine.

Dr. Woodcock has been bestowed numerous honors over her distinguished public health career, most notably: a Lifetime Achievement Award in 2015 from the Institute for Safe Medication Practices; the Ellen V. Sigal Advocacy Leadership Award in 2016 from Friends of Cancer Research; the Florence Kelley Consumer Leadership Award in 2017 from the National Consumers League; and the 2019 Biotechnology Heritage Award from the Biotechnology Innovation Organization and Science History Institute.