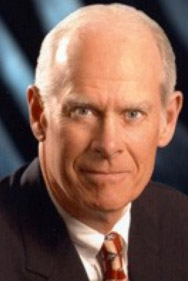 John Edward Porter is a partner in Hogan Lovells Washington, D.C. office and a member of the firm's Health, Legislative and Education Groups. Mr. Porter concentrates his practice on health law and education matters, including administrative and regulatory, international, legislative strategy, and education and health policy. Prior to joining Hogan Lovells, Mr. Porter served for twenty-one years as Congressman from Illinois' 10th District. In Congress, he served on the Appropriations Committee, and as Chairman of the Subcommittee on Labor, Health and Human Services and Education; as Vice-Chairman of the Subcommittee on Foreign Operations; and as Vice-Chairman of the Subcommittee on Military Construction. Mr. Porter has been honored by many organizations for his work to balance the federal budget, protect the environment, promote human rights, and secure unprecedented funding increases for biomedical research through the National Institutes of Health.

Mr. Porter was founder and co-chairman of the Congressional Human Rights Caucus, a voluntary association of over 250 Members of Congress working to identify, monitor and end human rights violations worldwide. He sponsored the legislation creating Radio Free Asia. He served as chairman of Global Legislators Organized for a Balanced Environment (GLOBE USA), part of a worldwide network of parliamentarians (GLOBE International) working to coordinate efforts to protect the environment. A supporter of the arts and humanities, Mr. Porter served as a trustee of the John F. Kennedy Center for the Performing Arts.

Before his election to Congress, Mr. Porter served in the Illinois House of Representatives from 1973 through 1979. He attended the Massachusetts Institute of Technology and received his undergraduate degree from Northwestern University. Following service in the U.S. Army, he graduated with distinction from the University of Michigan Law School where he was an editor of the law review, and then went on to serve as an Honor Law Graduate Attorney with the U.S. Department of Justice during the Kennedy administration. From 1963 to 1980, Mr. Porter practiced law in Evanston, Illinois.

Mr. Porter is a member of a number of boards, including the RAND Corporation, The Brookings Institution, PBS, Research! America, the American Heart Association, the Foundation for the National Institutes of Health, the National Foundation for Infectious Diseases, the National Space Biomedical Research Institute, the James S. Kemper Foundation, and the Population Resource Center in Princeton, N.J.   Mr. Porter is also a Trustee Emeritus of the Kennedy Center and a member of the Council on Foreign Relations.

Mr. Porter has received more than 275 awards for his service in Congress.